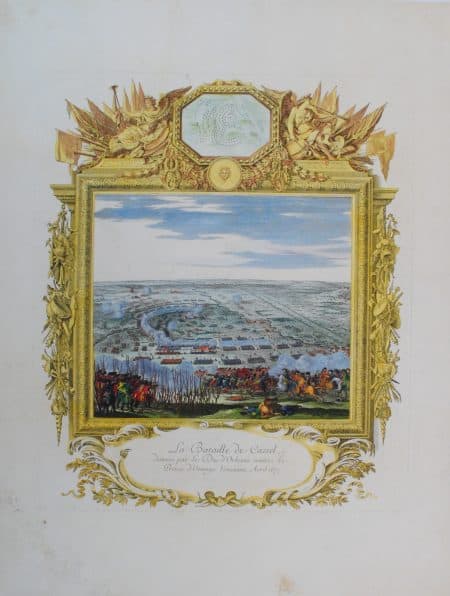 A view of the Battle of Cassel (also known as the Battle of Peene), which took place on 11 April 1677 during the Franco-Dutch War, near Cassel, west of Saint-Omer. A French army commanded by the duc de Luxembourg defeated a combined Dutch–Spanish force under William of Orange. The print within richely decorated borders. A small inset map of the military positions on top. In a nice, but later handcolouring.

At Atlas Old Maps, you can buy old maps and prints easily online. We only sell authentic original maps, prints, manuscripts and drawings related to geography and cartography. We provide a certificate of authenticity with every purchase. We provide insured shipping to over 200 countries! Learn more about our promises here.